As undead creatures, conventional vampires are close to immortal. As long as they continue to prey upon the living for their blood, and aren’t slain by direct violence perpetrated against their person, classic vampires may persist in their existence indefinitely. These creatures will typically, if at full Health, retain the appearance they possessed upon their demise.

The classic, blood-sucking vampire has a strongly limited form of this power, which allows them to derive sustenance solely from the living blood of animal creatures. On contact with a potential target, a traditional vampire may begin to feed upon him or her if they cannot pass a Psyche (will) FEAT roll against this Excellent (20) ranked capability, a FEAT allowed on each turn of feeding.

This assumes that the vampire has managed to access their bloodstream, of course, which involves either opening the target’s skin (most often with fangs) or by clamping his or her mouth onto an already open wound. In a single turn, a conventional vampire may draw out up to twenty ounces of blood, which is enough to render a normal human dizzy – but won’t actually inflict lethal harm in and of itself.

Unless such a singular attack would remove all the victim’s Health, that is. A classical vampire may continue to drain blood from their victim after this initial attack, though this furthers the risk of killing the victim (thus creating more vampires), as well as the possibility of the victim shrugging off the attack and gaining immunity to that vampire’s draining ability (thus becoming a potential nemesis).

At any rate, a vampire may use the drained blood to replace their own, lost Health points. If at full Health when drinking their power rank number in ounces of blood, a traditional vampire will experience a +1 CS to their Strength, Endurance and Psyche ability scores, as well as all their power ranks save for this one, for 1d100 turns. An additional boost of like power requires another infusion of fresh blood.

On the other hand, a conventional vampire will suffer a -1 CS penalty to the aforementioned ability scores and power ranks for each day they abstain from feeding (whether voluntarily or otherwise). If a vampire’s ability scores and power ranks slip to Shift 0 levels from an extended lack of blood, they will not die so much as slip into stasis – at least, until someone is foolish enough to wander into melee distance of them…!

As an undead creature, a traditional vampire cannot defeat their dependence on blood – they literally need it to survive.

Note: this power may be further limited if desired for ‘flavor’ purposes, increasing its effectiveness while at the same time constraining the source of a vampire’s food supply considerably. Limiting biological vampirism to functioning on only one species of animal life forms counts as a very strong limitation, while constraining it to the vampire’s own species is an extreme limitation on the power.

Classical vampires are notable for their considerable resistance to conventional injury. While not quite immune to such, they seem to easily shrug off attacks that would readily kill a normal human, their applied force being reduced by -2 CS. This damage reduction applies to both physical and vampiric attacks used against a traditional vampire.

As anti-life monstrosities, vampires only need to satisfy the limitations of their vampiric power in order to subsist. In other words, while a conventional vampire must feed upon the blood of others to live, they no longer need – nor can they derive sustenance from – ordinary food or water, and no longer need to breathe to maintain their bodily functions. They generally still sleep during the day, however.

Vampires are equipped with retractable fangs, which generally come in the form of abnormal canines (on both the top and bottom of their mouths), though sometimes all of a vampire’s teeth can grow into proper fangs. These physical weapons can be used to inflict their Strength rank in Edged Attack damage. Mind you, a vampire often causes just enough harm with their fangs to access their target’s bloodstream.

Traditional vampires have the ability to rapidly repair damage inflicted upon their bodies – assuming they have recently fed. As long as a classical vampire is not suffering any negative Column Shifts due to a lack of blood, he or she receives the benefit of Good (10) ranked regeneration. This allows them to heal ten lost Health points each minute (or 1 Health point per turn).

By achieving eye contact with a would-be victim within Very Near distance, a vampire can attempt to influence their mind at Good (10) rank. This often makes it extremely easy for them to dine for the evening. Furthermore, if a vampire has created ‘children’, or has bitten a body who he or she let live, they can utilize this power against them at +2 CS, as their vampiric ichor binds their will to him somewhat.

Unlike most vampires, the Mystikos Sect have developed devices that shield them from the ultraviolet spectrum, making them immune to the traditional bane of sunlight. If such a device is destroyed, however, Simon’s FASE scores suffer a loss of one rank each for every two rounds he continues to stay in direct sunlight (to a minimum of Poor). When all of his scores reach the minimum of Poor (Health = 8), he disintegrates in the following round and turns into dust. Unless the dust is scattered (which will permanently destroy Simon), the dust will mystically reform in five rounds, once placed in darkness.

Simon casts no reflection in mirrors, and his image cannot be captured on photographic film.

Weapons made of silver or wood causes Simon great pain, and he actively avoids combat with anyone using such devices, even fleeing if necessary. Running a wooden stake or silver blade into his heart (a Red FEAT on the Edged Weapons chart) instantly slays Simon, but removing the weapon from his body causes him to come to life again, even if his body has fallen into dust. This process takes only five rounds. Simon cannot regenerate damage from a heart strike until the weapon is removed. Beheading Simon (requiring a Red FEAT roll with a large bladed weapon and at least Excellent Strength, using the Edged Weapons chart) also kills him. 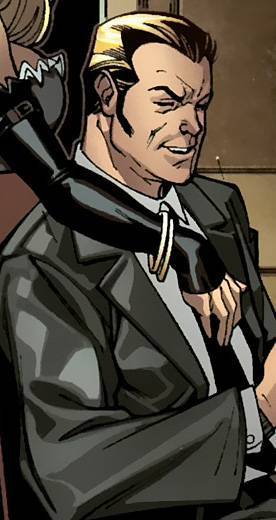